A FARMER and sculptor from Co Down is to be featured in a new charity calendar of Irish farm hunks.

Artist Mark Revels, 37, was cast as Mr December and Mr January in the 2016 Irish Farmer Calendar, in aid of the charity Bothar.

And already he’s set to become a well known face in farming communities throughout the world.

In its seventh year the calendar recently bagged a book deal with a major US publisher.

Having taken orders from countries such as US, Australia, UK, Germany, Brazil, Japan, Canada and South Africa the 2016 calendar agricultural heart-throbs from Kilkenny, Dublin, Kerry, Mayo and Down. 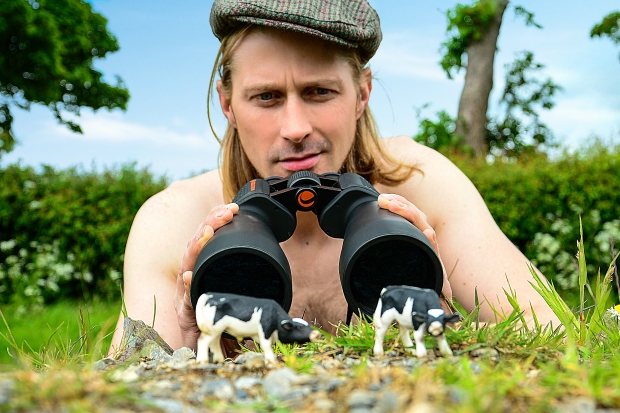 In recent years Mark, from Loughbrickland, has scaled back the amount of farming he does due to gaining quite a reputation in the art and sculpture world.

But that didn’t stop him jumping at the chance to get involved in the charity calendar.

He explained: “Through my connections in the farming world I saw one of the farmers calendars and thought it was a great idea.

“I bought a few copies as gifts for friends and family. I then saw a link to the new calendar on Facebook and noticed they were asking for new participants, and as they say the rest is history.

“I sent them a photo of myself and expressed an interest in taking part. They contacted me and asked me to come down for a shoot day down near Kilkenny.

“I suppose the two main reasons I did it was firstly for a laugh and secondly to help a charity that supports the farming community. 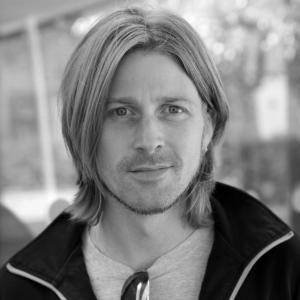 “I was very comfortable with being photographed topless as I like to keep fit and am body confident, although I did have a bit of bicep envy as some of the other lads were a little more developed than me. So the gym got hit harder after the shoot.”

As well as being a calendar pin-up Mark has gained quite a reputation for himself in the world of art and sculpture.

He previously hit the headlines with his sugar cube collaboration Metropolis with fellow artist Brendan Jamison and earlier this year he re-designed a homeless pod which was installed in Belfast city centre to highlight homelessness.

Although farming was in his blood from an early age, growing up around and working on family farms Mark said he was always destined for the creative world. 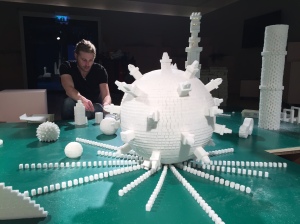 Sculputure work Mark has been involved with

He said: “From an early age I displayed high capabilities in art and design. I was encouraged all through my schooling to keep at it, which in turn lead to me following a path in art.

“If I had to describe my art to someone who hadn’t seen it I would say it links the worlds of art and science.

“I’ve always had a keen interest in art as long as I can remember and was always making things, or taking things apart to see how they were put together.

“I was a very inquisitive child and had many toys that had been dissected so I could look at how they actually worked, needless to say they didn’t work very well afterwards.

“My community have always been very supportive of me. I’m known as an ‘arty farty’ amongst a few of my more rural friends, but they are very proud of my achievements to date.

“When I was involved in the homeless box, which was a social experiment to raise awareness of homelessness in Northern Ireland, this helped to raise my profile as an artist and in turn gained me a lot of respect within my community as I was seen to be actively trying to make a difference for the good of those less fortunate than us. 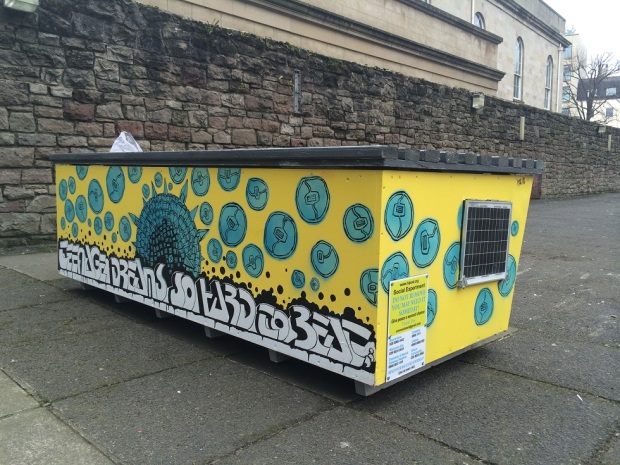 “I guess that’s what most of my work is about, making change for the better.

“This year I have been in China, New Orleans, New York, Venice and Paris all with my work and in collaboration with my sculpture partner Brendan Jamison, a true legend in the art world.” 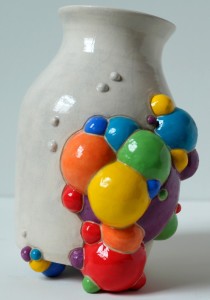 Meanwhile there’s a chance Mark will be one of the chosen pin-ups to feature in a book charting the success of the Irish Farmer Calendar.

The book will initially launch on St. Patrick’s Day 2017 in the US with 10% of the proceeds going to farming charity Bothar.

Mark currently has four exhibitions running, details of which can be found at www.markrevels.com.

To order a copy of The Irish Farmer Calendar log onto www.farmercalendar.com.