HE was the self-described “Buckfast-swigging Marquis De Sade, mixing punk rock and hip hop to create a hideously deformed stepchild of the Rocky Horror Picture Show”.

Gathering a loyal underground following, he terrorized “the moral sensibilities and ear drums of anyone with a BT postcode” until finally hanging up his microphone (and G-string) in 2013.

So what has become of Belfast’s punk-rap wild child? And has the Roysta image been resigned to a wonderfully outrageous memory of times past? 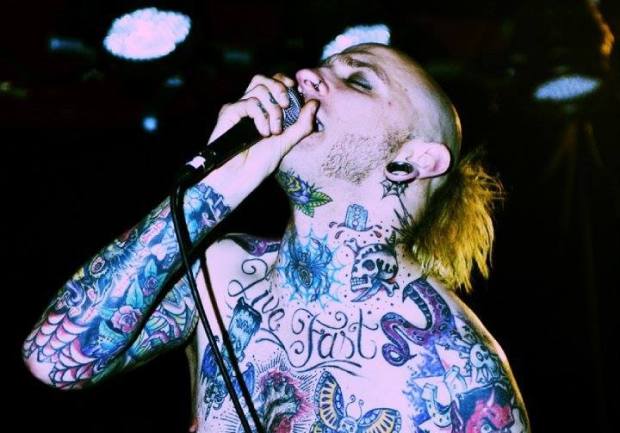 “Looking back it seems like a kind of obscene, 10-year-long art project” said Roysta, aka Lee James Broadrick.

“When I first started, I basically wanted a platform to say things I couldn’t say in real life. I’ve always been drawn to art that shocks.

“Be it music, literature, photography or film. So I incorporated that into the persona. I wanted to be as sexually perverse, blasphemous and socially degenerate as possible.

“All with a thread of humour running under it.”

Most shocking to his critics, and most loved by his fans, was the unapologetic social commentary incorporated into his music.

”The kind of social commentary a drunk screams at you from a park bench” he said. 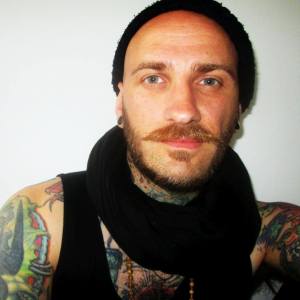 Born in 1979, Lee James Broadrick started making music in his early teenage years, playing guitar, bass and drums in a number of bands until finally fashioning the character Roysta in his early twenties. He played live at venues across the city and beyond, including Lavery’s, The Empire and Aunty Annies.

Reflecting on his alter ego, Lee, 36, said Roysta was always “90% character based and 10% my own personality”.

Lee initially felt that music was his one true path in life, taking childhood aspirations of Rock Star-dom as far as possible.

“I was basically living my dream on a smaller scale while getting wasted all the time. All these new opportunities and paths opened up that I didn’t even know were possible. I met so many good people over the years and formed some amazing friendships that would never have happened if I didn’t do it”.

But after a decade, the party was over.

“It just wasn’t fun any more…I’d taken it as far as I could and if I kept on I’d just be dragging it out” said Lee, adding: “I was also a man approaching his mid thirties on stage in women’s underwear singing about eating babies. There’s only so long you can do that before it becomes tragic.”

But while many Roysta fans are eagerly hoping for a comeback, Lee describes the fascinating U-turn his life has taken through his discovery of meditation.

“I got into meditation through yoga. Then into Buddhism through meditation” he said. 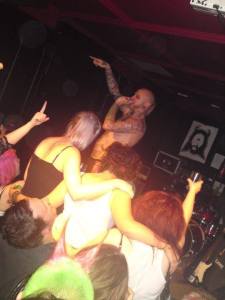 “It was something I thought would never enter my life, but it all happened so organically. I’m naturally quite an introverted person so sitting for 20 minutes a day quieting my mind was perfect.

“I loved the stillness and serenity it gave me. The awareness of my own body and mind and a connectedness to everything.”

Unsurprisingly, he somewhat resisted the idea of Buddhism and its religious connotations at first.

“Growing up in this country and seeing people shot in the face for their religious beliefs sort of makes you wary of any of it. But something kept pulling me towards it.

“The more I read about it the more it spoke to me. It was like I’d always had Buddhist principles all my life only now I knew what to call them.”

In current political climates, Lee has found a unique balance of applying these beliefs to his daily life: “I wouldn’t call myself a Buddhist. I take the parts that work for me…It’s the same with Hinduism. I chant the mantras and sing the songs about Hindu gods everyday, but I’m not a Hindu. You should make your own religion, use what works for you.”

Mediation has become an influential factor in many parts of his life, including his decision to become self-employed.

He explained: “Previously I was a graphic designer and sign writer. After one too many Steps To Work programs I knew I had to do something, I had to take control of my own life.

“Besides music and only other thing I loved was art. So I decided to go self employed doing art and design. It was the best decision I’ve made.” 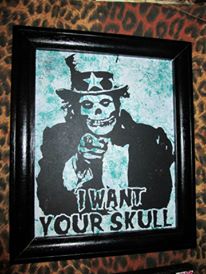 And stepping out of his comfort zone has been a risk worth taking. Lee now successfully sells his art/design work independently through his website and also writes an online blog which speaks a lot about his meditation experiences. He notes that the influence of these practices on his work are immeasurable.

“If I’m stuck for inspiration I just go and sit and quiet my mind, watch my breath” he said.

“Within ten minutes all these ideas arise that I didn’t even know were there. I keep a note pad beside me…Everything and every answer you need in your life is sitting there inside you. You just gotta access it and draw it out.”

Many people will have noticed a spiritual ‘shift’ occurring in recent years. The Western world, in particular, is waking up to the fact that there is more to life than working 9 to 5, consuming at the rate we are, and killing ourselves to stay a part of the rat race. 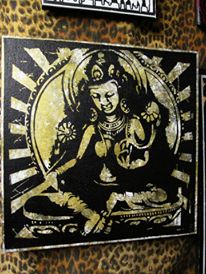 Speaking of his mass shift Lee said: “I can definitely (see it happening). We’ve got so far away from what it means to be human, so disconnected from each other, from the earth. To the point were people will die for their country but not their planet. I think it’s the next step in human evolution.

“Either that or we’re gonna exterminate ourselves from existence. We are due a mass extinction at some point so maybe that’s the way it’s meant to go. Wipe the slate clean and start again.”

In a far cry from his past shenanigans, Lee’s daily practice starts with “chanting for 20 minutes (much to my neighbours’ delight), usually in honour of Ram or Shiva with my hand drum.

“Then I meditate. Sometimes for 20 minutes, sometimes for an hour, depending on how quiet my mind is. Either Vipassana or loving kindness meditations. 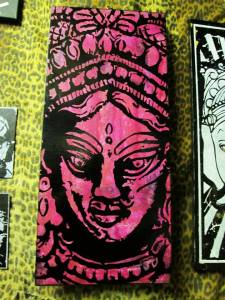 “Then I pray for a few minutes, just giving thanks and gratitude to mother nature and the universe for everything I have in my life. The rest of the day I try to live as mindfully as possible, staying in the present moment as much as I can.”

So how does one begin with leading a more mindful life?

Lee said: “The best way to learn about all this is to go out and live it.

“You are your own guru. Find out what you want out of life and do it.

“Join your local meditation class or yoga class. Take a walk in the woods. Read the books of Ram Dass or Eckhart Tolle. Read The Bhagavad Gita. Listen to the podcasts on the Mindpod network. Make your life your spiritual work.”

In the future, Lee hopes to start running workshops based on meditation, chanting and prayer.

It may be a seemingly radical role-reversal of the Roysta years, but in fact, becoming more aware, present, and compassionate is certainly something the world could do with a lot more of.

If anything, it’s an example of the power of human evolution; the ability to grow and change according to one’s own place in the spiritual process. 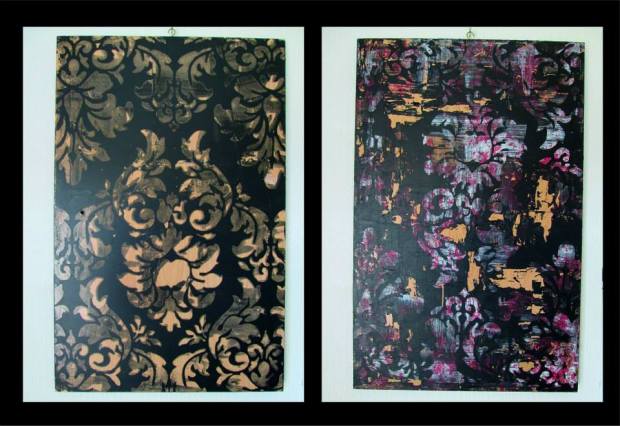 You don’t have to go out and buy a yoga mat or shave your head. You don’t need to commit yourself to a ‘God’.

The gateway to happiness is a constant learning path, and practicing mindfulness, meditation and loving kindness are simple methods of moving away from the way society is consistently telling us to live and begin enjoying a more fulfilled and purposeful life.

And it seems Lee is already well on his way with this fantastic journey.

He said: “I just want to be as good a human being as I can. Going to bed and waking up with a smile on my face five out of seven days a week is a good start.”